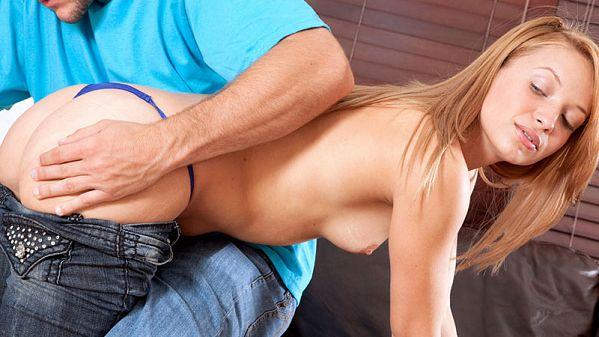 Alyssa decided to debut on this site by jumping in the deep end, so to speak, and fucking one of The SCORE Group studs. She is a 19-year-old student from Los Angeles, California. She is 5’4″, weighs 123 pounds, wears 34Bâ€ˆbras and usually goes commando, only wearing panties “when I have to.” Her birthday is February 18. Her roommate’s boyfriend has the site bookmarked on her computer, so Alyssa checked it out several times and decided that screwing a stud would be “an awesome addition to my sex resume.” We loosened up the newb by asking her to shoot a game of pool with our boy J-Mac. She starts losing, so she uses the oldest trick in the book..she distracts him with her body! .